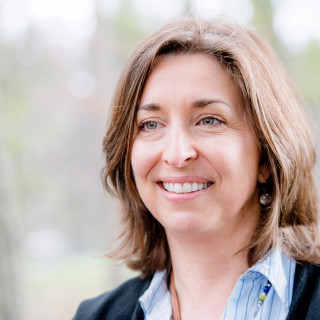 Carole Oglesby, Mallet Bay’s School librarian extraordinaire, not only has an exclusive on fiction, non-fiction and graphic novels, she is also well-versed in preparing Mason jar salads, loves being physical active in the outdoors and relishes growing and harvesting vegetables in her garden each summer.   Though Oglesby admits that it took a bit of time to find her true calling, (she initially marketed books) she is now with her people.  “I am a huge reader, usually reading over 300 books each year and I love spending time in libraries,” she said.  In her position as a Vermont school librarian, Oglesby serves on the Dorothy Canfield Fisher Book award committee, created to honor excellence in children’s literature. Vermont students in grades four through eight select their favorite book from a list of 30 nominees. .

Outside of her work, Oglesby is part of a Sci-Fi book club.  “One of my favorite sci-fi characters is Lauren Olamina, from the book The Parable of the Sower, by Octavia Butler. Olamina lives in a gated community in a near-future Los Angeles, when society has broken down so that only those in such communities can feel safe. Unfortunately, her sanctuary doesn't last and in a night of fire and death, she must fight for survival,” she said.

According to her colleague, Mary (Shaun) Brier, after a difficult back surgery, Carole dedicated herself to assuring that she could once again walk, hike, cycle and cross-country ski by participating in months of extensive physical therapy.  In the past, Oglesby and her family have climbed multiple peaks in Vermont, New Hampshire and in the Adirondacks and she looks forward to hiking once again.

Oglesby and her husband are the parents of three teenagers.  As parents, they have promoted the importance of eating healthy vegetables (many from their garden) rather than processed foods.  Oglesby makes her own yogurt, using the same kefir grains she has had for years. “On Sunday nights, I am in the kitchen preparing five different kinds of Mason jar salads. Then all I have to do is open the refrigerator and take one to work each morning,” she said.

Her favorite is:  (https://producewithamy.com/2014/01/06/sunshine-salad-in-a-jar-with-kicky-mango-vinaigrette/) has several steps: